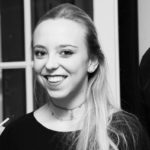 Testimonial
In 2009, I was still very young when I realized the Swiss personality elected “Man of the Year” was not Federer but a doctor, Dr. René Prêtre. I took a closer look at this exceptional man and the career of this man who saves children’s hearts. He inspired me and was certainly at the origin of my vocation for medicine.
More convinced than ever, I began my medical studies in 2017. I was finishing my Bachelor’s degree when the covid-19 crisis sprang up.
For me, this pandemic was an enriching experience. It allowed me to put my new skills to good use as well as to get involved by taking an active part in concrete actions.
A amazing wave of solidarity broke over Geneva for a few months and, as a future doctor, I immediately became aware of my part of responsibility. I wanted to act rather than undergo, by taking part in the voluntary actions that were set up during this pandemic.
Today, I am more convinced than ever of the principle of solidarity, which is the basis of the FHT philosophy: helping today to make tomorrow a better world.
I fully adhere to the principle of Platform 242, which gather FHT scholarship holders, around a community network to facilitate proactive exchanges. I am happy to see that among the 242, the number of doctors (or future doctors) continues to grow and by joining this community, I wish to participate in the development of exchange platforms, particularly in the field of mentoring,
My goal would be to bring the Project 242 what it was meant to be: an incredible opportunity to realize one’s dream.